The Ultimate Approach to Human Development. 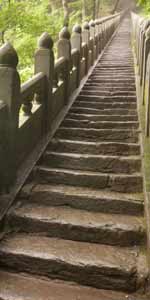 Prior to becoming business partners in 1998, Laura Divine and Joanne Hunt had both held executive leadership positions in multi-national corporations. Both were committed practitioners of Zen meditation. Both had studied Integral Theory. And both were deeply passionate about human development.

With years of experience, teaching and participating in a multitude of corporate training programs, human development courses, workshops, seminars, practices, and coaching programs, they realized that, even with the best intentions, the net effect of most of these approaches - in terms of enabling sustained change - was limited at best.

After taking inventory of their combined experiences, Laura and Joanne realized that they shared a deep, heartfelt calling to create something new. And they set out to build an advanced adult education program that would set a new standard for human development training.

Integral Coaching Canada was born. Science and Soul came together on behalf of building an approach to human development that was rigorously effective and alleviated suffering. 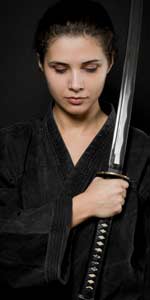 The vision Laura and Joanne shared was to build a school that did not just teach theory and technique, although that would be a part of it. They wanted to give students the means to truly embody what they were learning. And they wanted to develop a scalable approach to address human suffering by training embodied Integral Coaches™ to serve across the globe.

As ambitious as they knew such an undertaking would be, they were able to begin mapping its contours following an extensive period of research, combined with the application of Integral Theory, specifically the AQAL framework developed by Ken Wilber, and their own intimate knowledge of and work in the field of adult development.

However, the key, they knew, was addressing the great difference between theoretical understanding and understanding that includes praxis, or the ability to live the theory. They wanted to build a coach's ability to bring theory into the world as right action.

Thus, they realized that the most effective approach would be for them to build their training programs using a martial arts model based on practice, lineage, sinking into form, form correction, and embodiment assessment versus academic testing. They drew on their own decades of Zen training, Tai Chi training, and Writing Practice training. Each of these lineages brought a new element to their "self-as-instrument" approach.

With this realization, the pieces began coming together, and after many years of deep immersion and refinement, the school opened its doors.

One human at a time.

In its first decade of operation, ICC has successfully trained hundreds of students from all over the world. Parts of their Integral Coaching® Certification Program have been included as independent credit offerings in John F. Kennedy University’s master’s degree program in California, and ICC has trained many esteemed leaders in the private and public sectors, including a large team of internal Integral Coaches™ for the Federal Government of Canada.

Integral Coaching Canada now provides training modules on five continents throughout the year, and has earned a reputation as one of the most comprehensive and effective human development training programs available in the world.