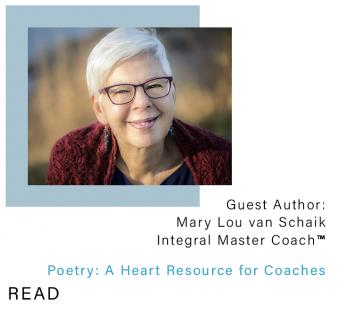 Poetry: A Heart Resource for Coaches

It happened during my Integral Master Coach™ certification (CERT) training: my first direct experience of poetry’s impact as a coaching resource.  Katherine and I were partners, practicing the method on each other.  My topic dealt with trusting my decisions around work.  As part of her Offer, Katherine read aloud John O’Donohue’s poem, Fluent:

I would love to live
Like a river flows,
Carried by the surprise
Of its own unfolding.

Hearing Katherine speak these lines reverberated in my core, moving me to tears.  I could feel the magnetic pull of a new Way of Seeing – “I trust that life’s unfolding supports me, even when it’s uncertain.”  To this day, I still return to O’Donohue’s poem for inspiration and sustenance.

Our course binder contained a generous collection of poems, which I turned to again and again in working with clients. Poetry has aptly been called the language of the heart. Poems cut to the chase; they awaken deep truths within us and illuminate cornerstones of a coaching program.

Take this section from Jan Zwicky’s The Art of Fugue:

[...]Let us say
the story goes like this. Let us say
you could start anywhere.
Let us say you took your splintered being
by the hand, and led it
to the centre of a room:  starlight
through the floorboards of the soul.
The patterns of your life
repeat themselves until you listen.
Forgive this.  Say now
what you have to say.

To me, these lines highlight a Current Way, as in the story that could start anywhere and the patterns repeating themselves, as well as a New Way built upon self-forgiveness and courage.  As I have discovered over the years, there are literally hundreds of poems that speak to any and all aspects of human nature. Thanks to the Internet, relevant poems can easily be found through searches on topics or by subscribing to a poetry Listserv such as Poem-A-Day and  Words for the Year.

I used to ‘give’ a poem to a client; one I had carefully chosen to complement their coaching program. I would also read the poem aloud to the client, having learned that giving voice brings poems alive so that they land in the heart, not just in the mind. While this certainly was true, I came to realize that underneath my ‘giving’ lay the oh-so-familiar motive of control. What would happen if I truly co-generated with the client? And so, I began choosing two or three poems, and then inviting the client to speak each in turn. What a revelation!  Now the client herself was directly experiencing the poem, through the intimacy of her own voice. There was another bonus.  By asking the client to speak the poem aloud, and even going further, encouraging him to drop any attempt to ‘understand’ the poem, and simply pay attention to how it landed, we both attuned to emotional, somatic and subtle responses made visible through speaking the poem. Many of these responses – a quiver in the voice, a long pause, a stumbling over a phrase – became valuable lines of inquiry that inevitably brought us back to the core elements of the ICC methodology.

This approach opened a space for both client and me to access presence more fully:  shivers and tingles, a softening and opening of the heart, silence that bloomed with possibility and truth. As a client spoke a poem, I found myself dropping into the flow of giving and receiving, and trusting deeply in what was arising in the moment.

Poems can also be valuable resources for Foundation Practices.  For example, one client wanted to bring more of her authentic self to relationships.  Her New Way of Being, the Way of the Dauntless Spirit Bear, was inspired by Susan Griffin’s poem, Great as You Are, with the opening lines:

Be like a bear in the forest of yourself.
Even sleeping you are powerful in your breath.

We used this poem as a springboard for Foundation Practices, one of which was to speak the poem aloud from the belly while stamping her feet and beating a hand drum, thus developing the ability to drop into the body and stand firm and strong. The meaning of the poem took a back seat to the direct experience of the emotional and somatic responses that arose, harvesting potent learning that related to her topic.

For myself personally, poems have become soul guides in challenging times, supporting and inspiring me to keep embracing self-honesty in my growth as a human being and coach. 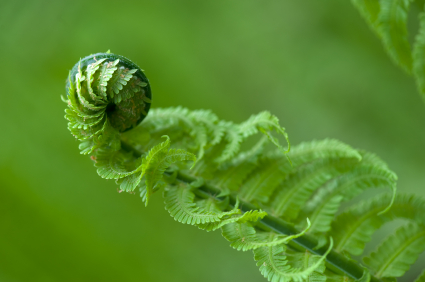 Here is Denise Levertov’s poem, Variation on a theme by Rilke:

A certain day became a presence to me;
there it was, confronting me–a sky, air, light:
a being. And before it started to descend
from the height of noon, it leaned over
and struck my shoulder as if with
the flat of a sword, granting me
honor and a task. The day’s blow
rang out, metallic–or it was I, a bell awakened,
and what I heard was my whole self
saying and singing what it knew: I can.

Speak the stanza aloud in first, second (both singular and plural) and third-person.  On a visceral level (somatically, emotionally, perhaps even on a subtle level), notice what happens – or doesn’t. What doesn’t happen can also prompt fruitful exploration. 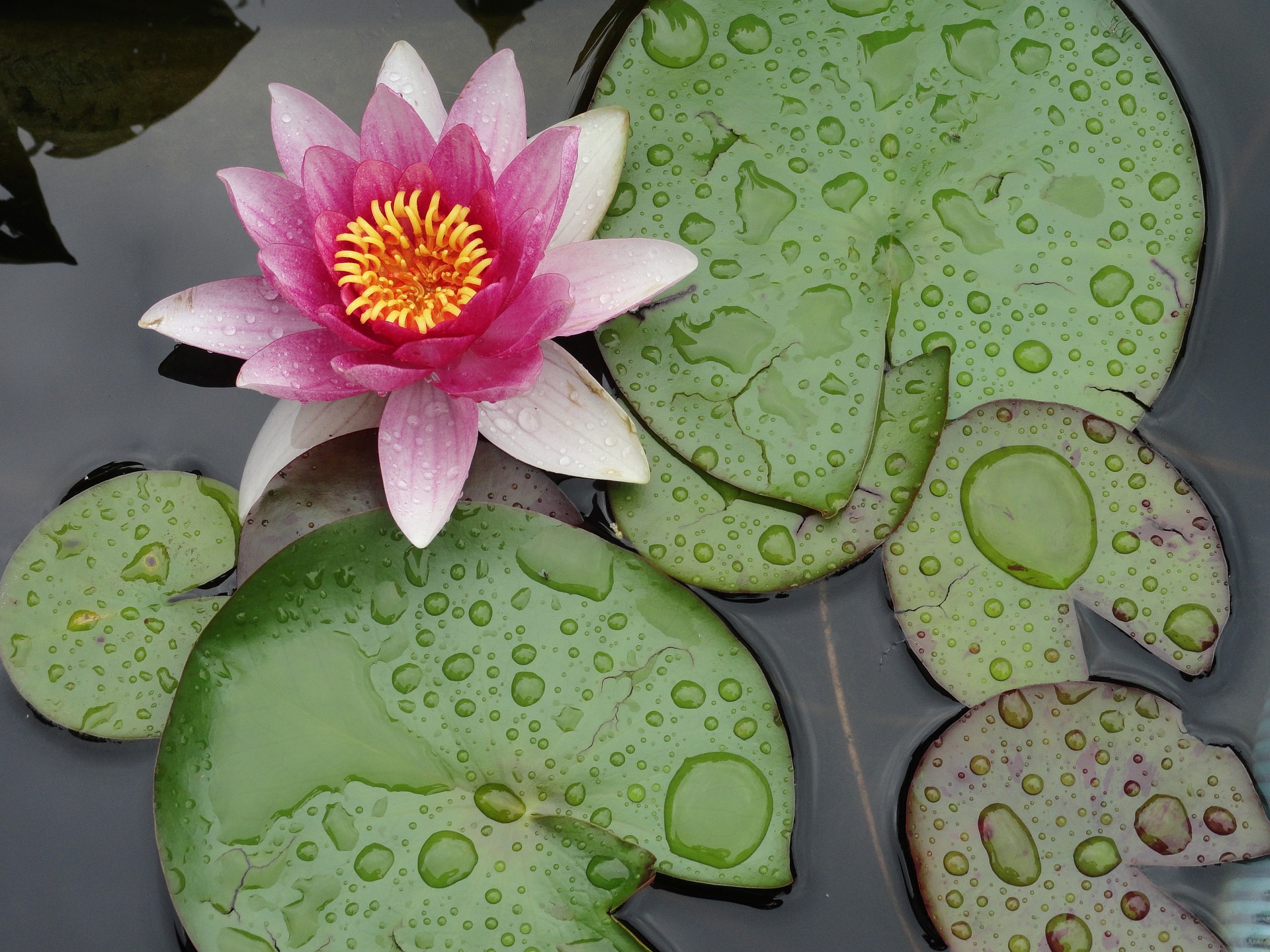 *Adapted from Saved by a Poem, by Kim Rosen. Used with permission.